Other factors to take into consideration when choosing a 3M™ adhesive are the forces that’ll act upon the adhesion. The first major one is the environment: low/high temperatures, humidity, chemicals, water, dirt/sand/dust, etc. The other major forces are shown below: tensile, shear, cleavage, and peel. Tensile is the force exerted on the adhesion by pulling away from the bond. Shear is the sliding force across the bond while cleavage is the pull away from the bond on one side. Finally, peel is concentrating right at the edge where the adhesive is separating from the opposite surface. 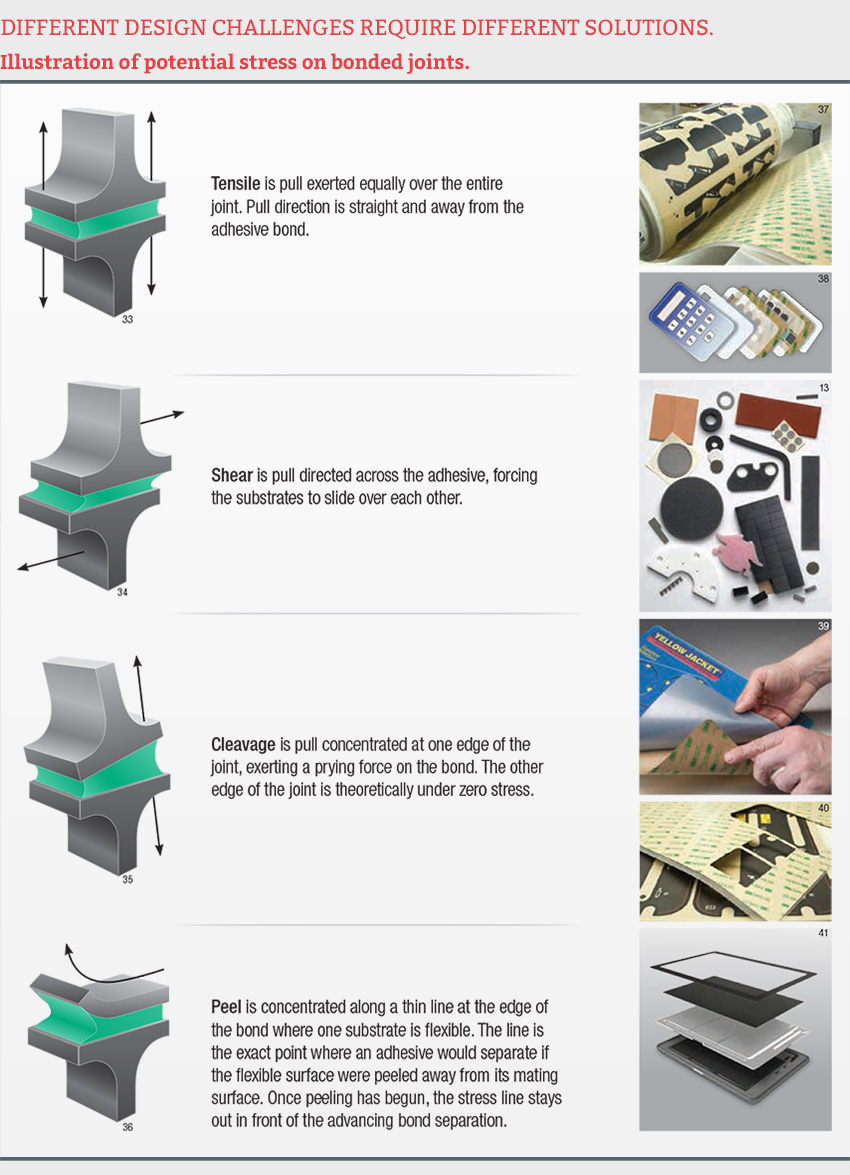